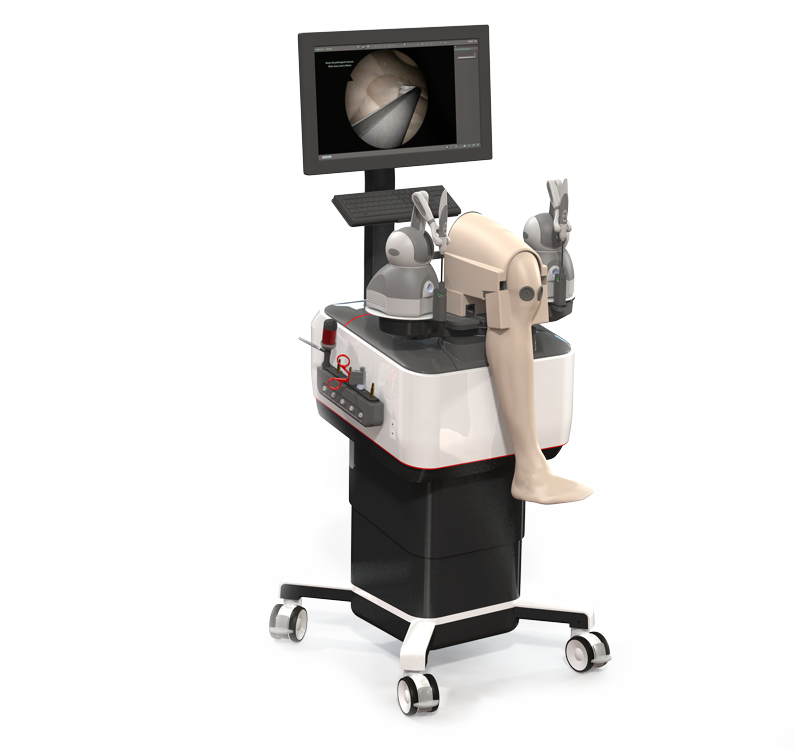 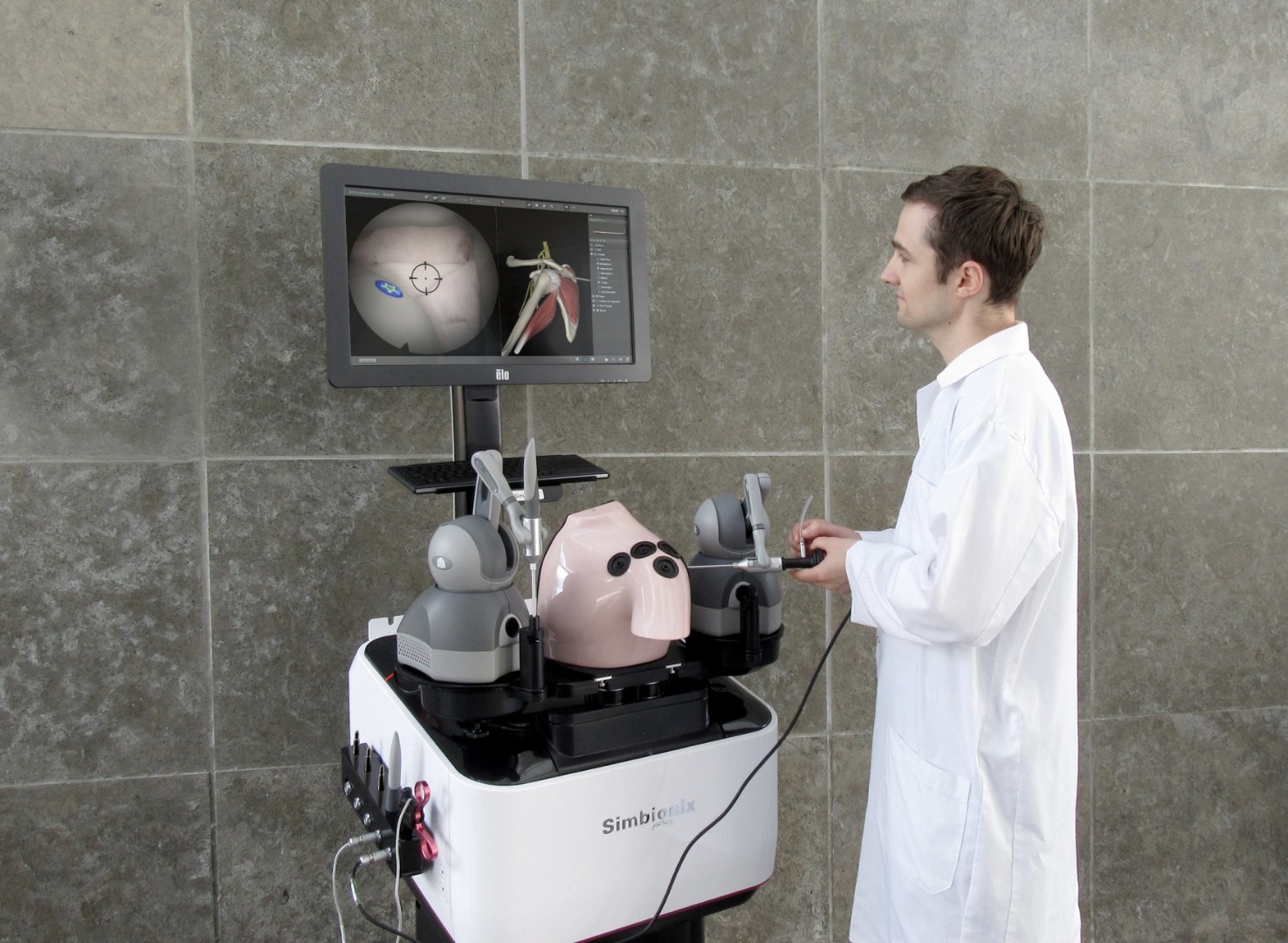 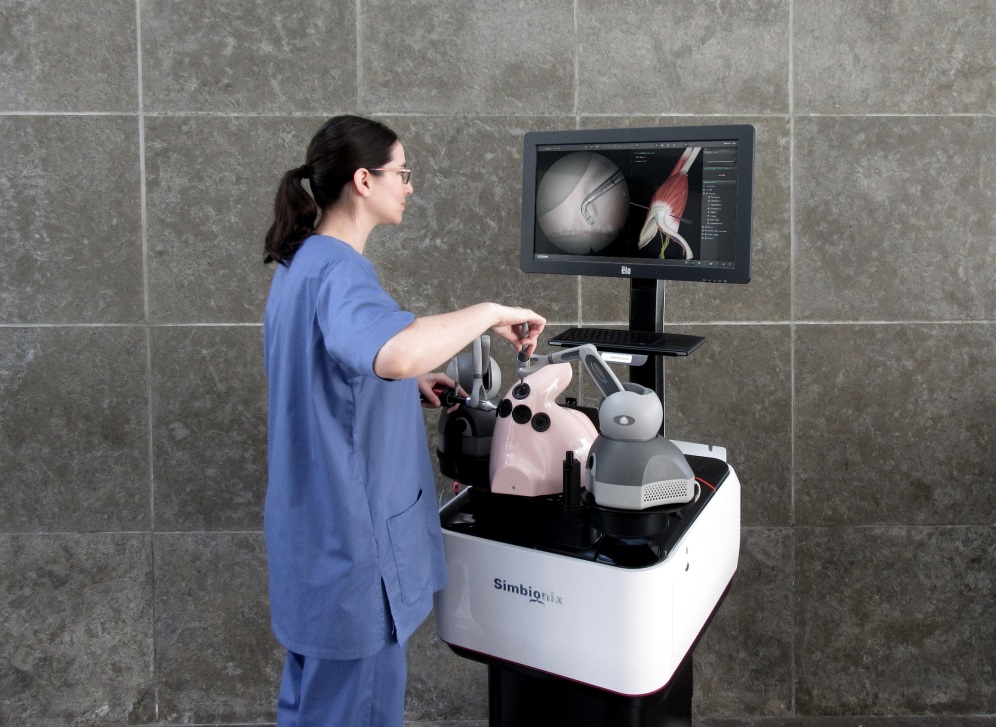 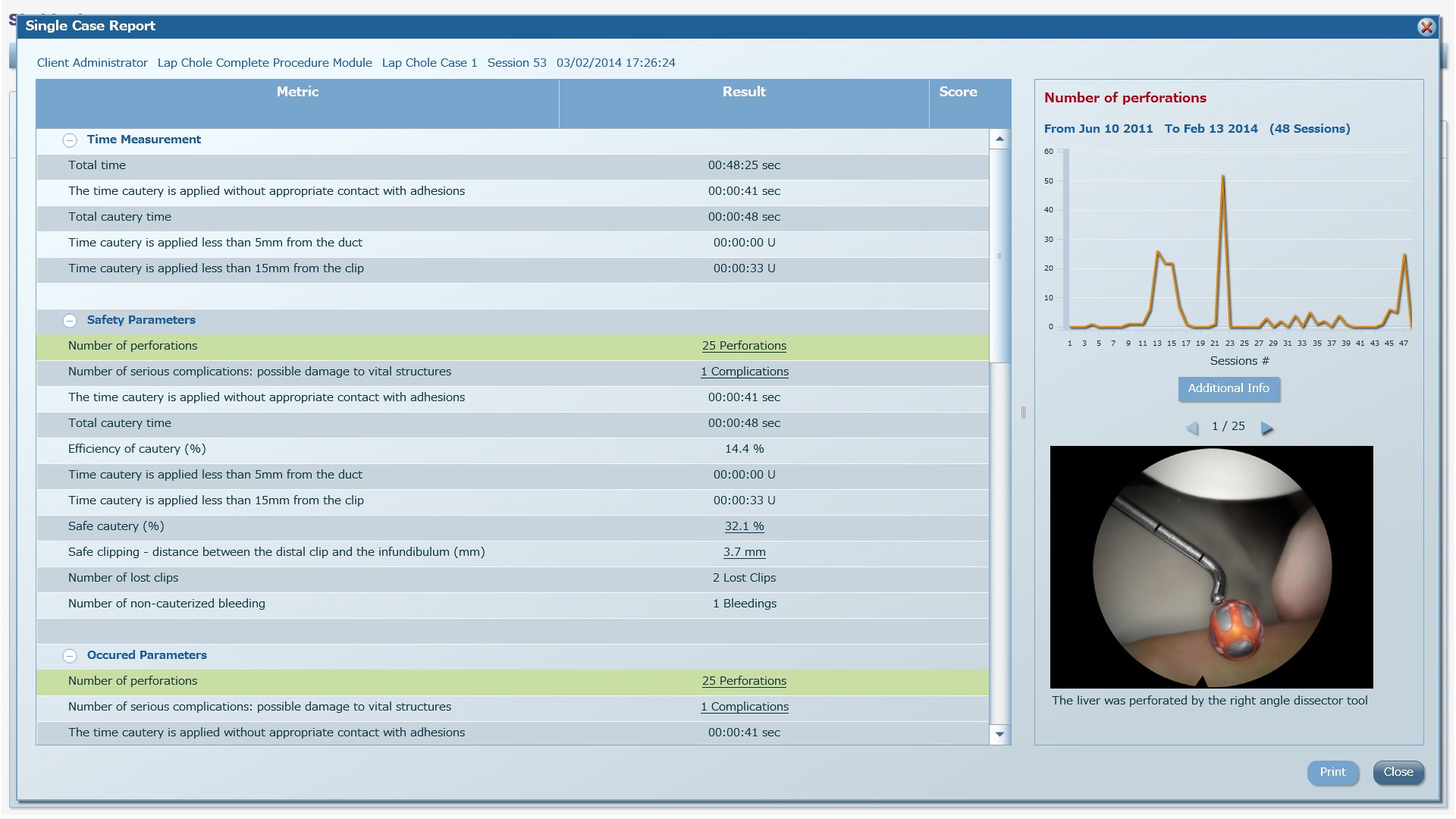 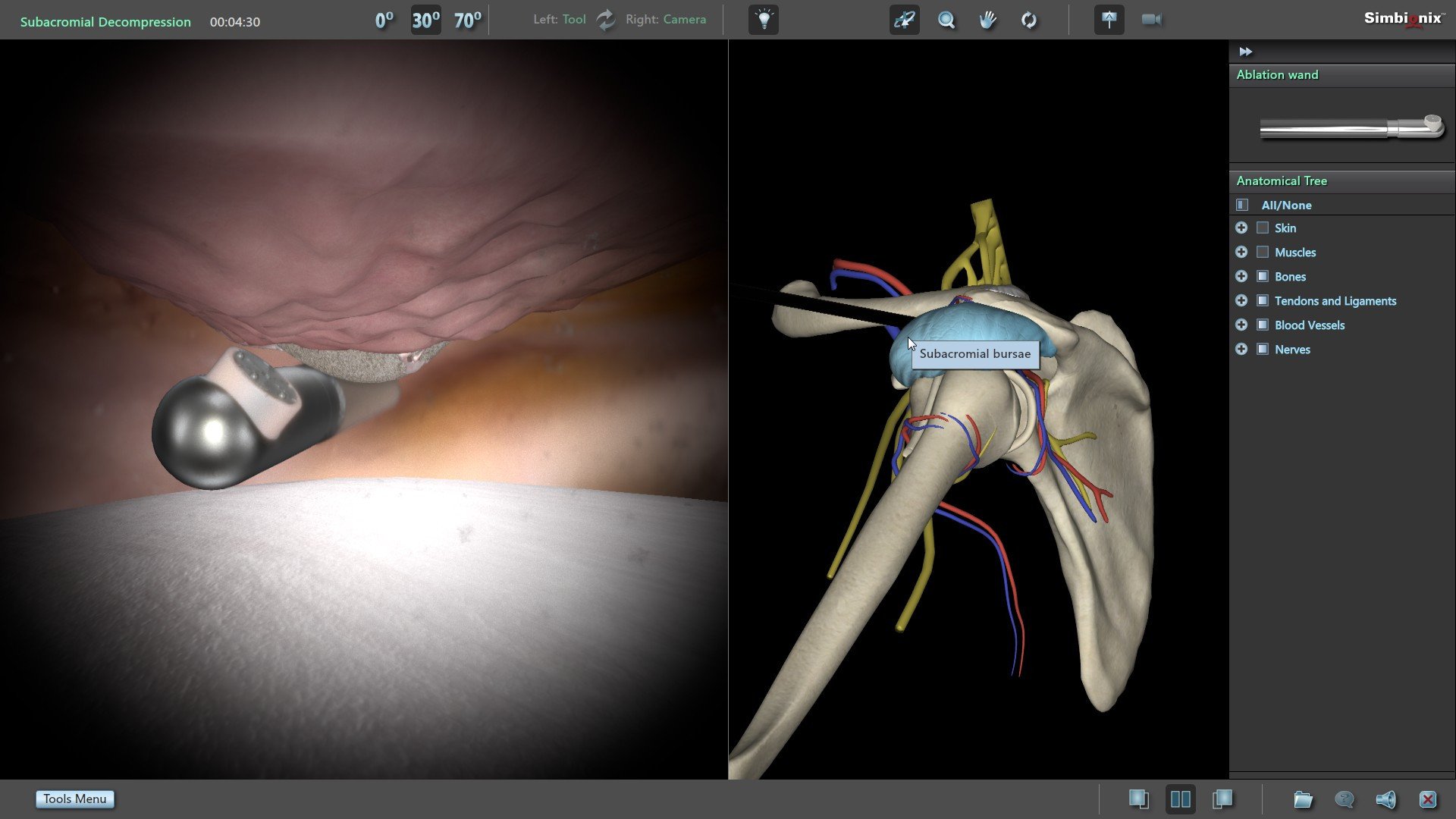 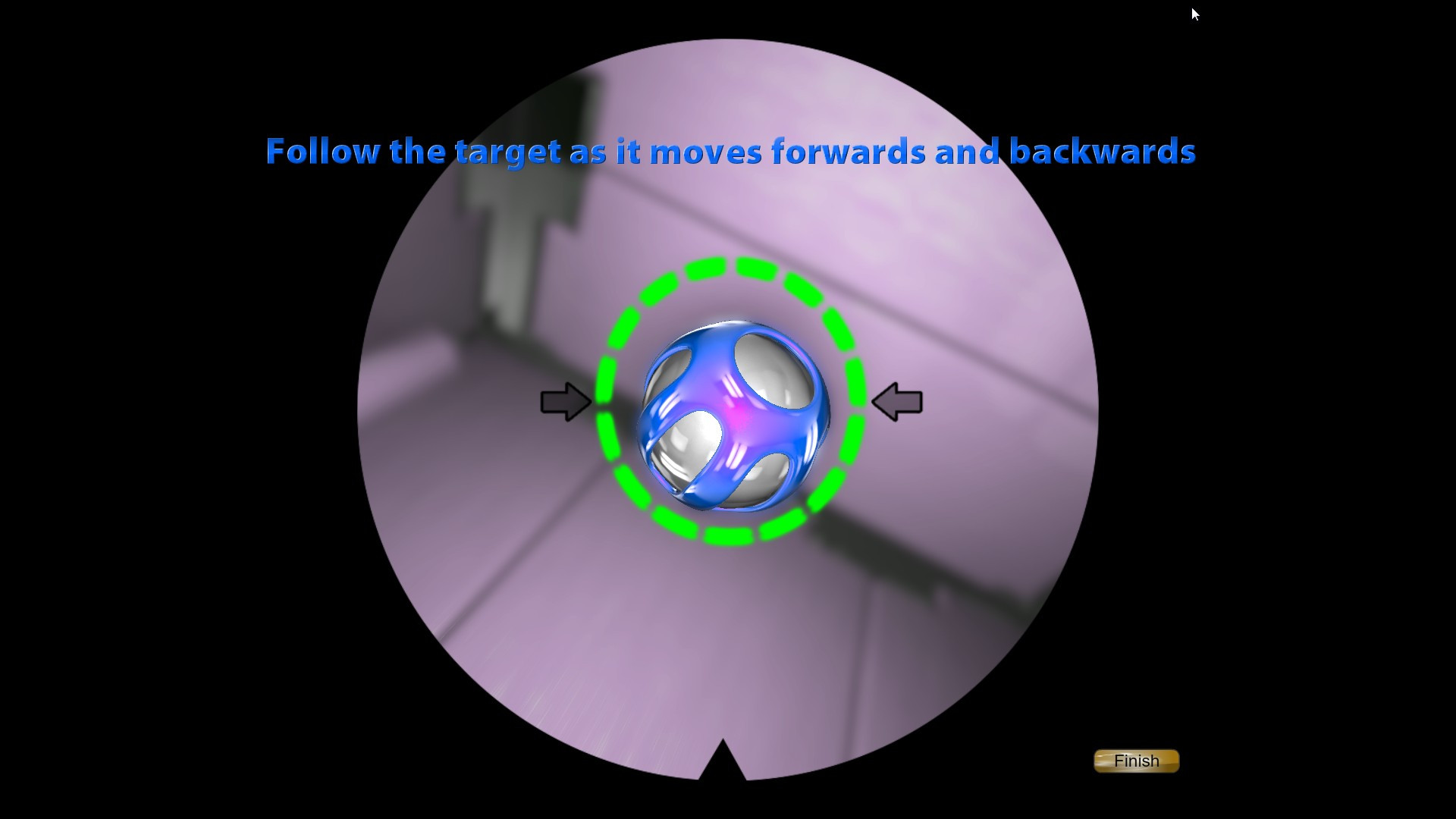 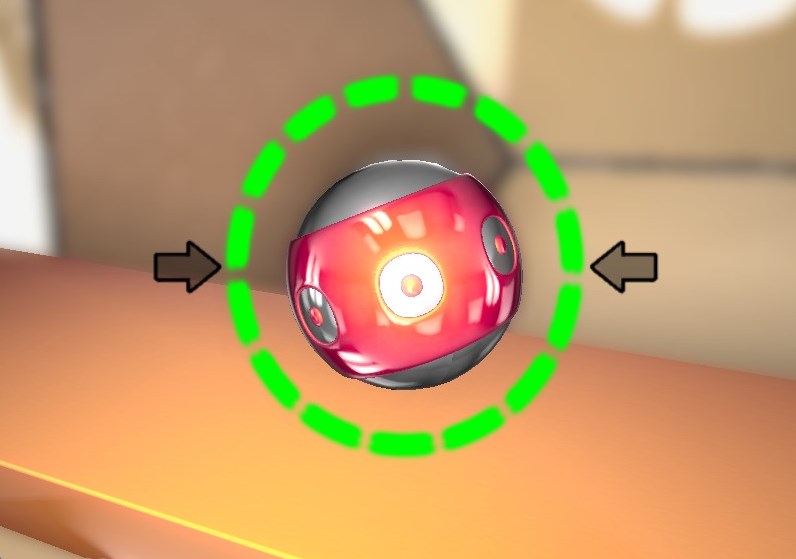 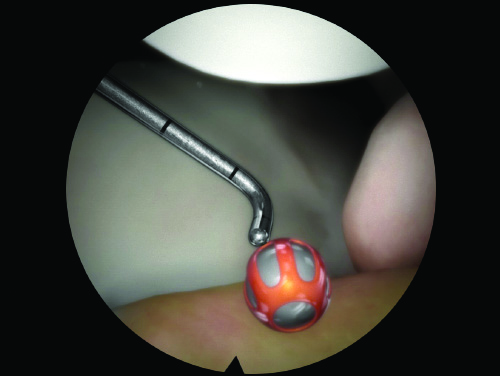 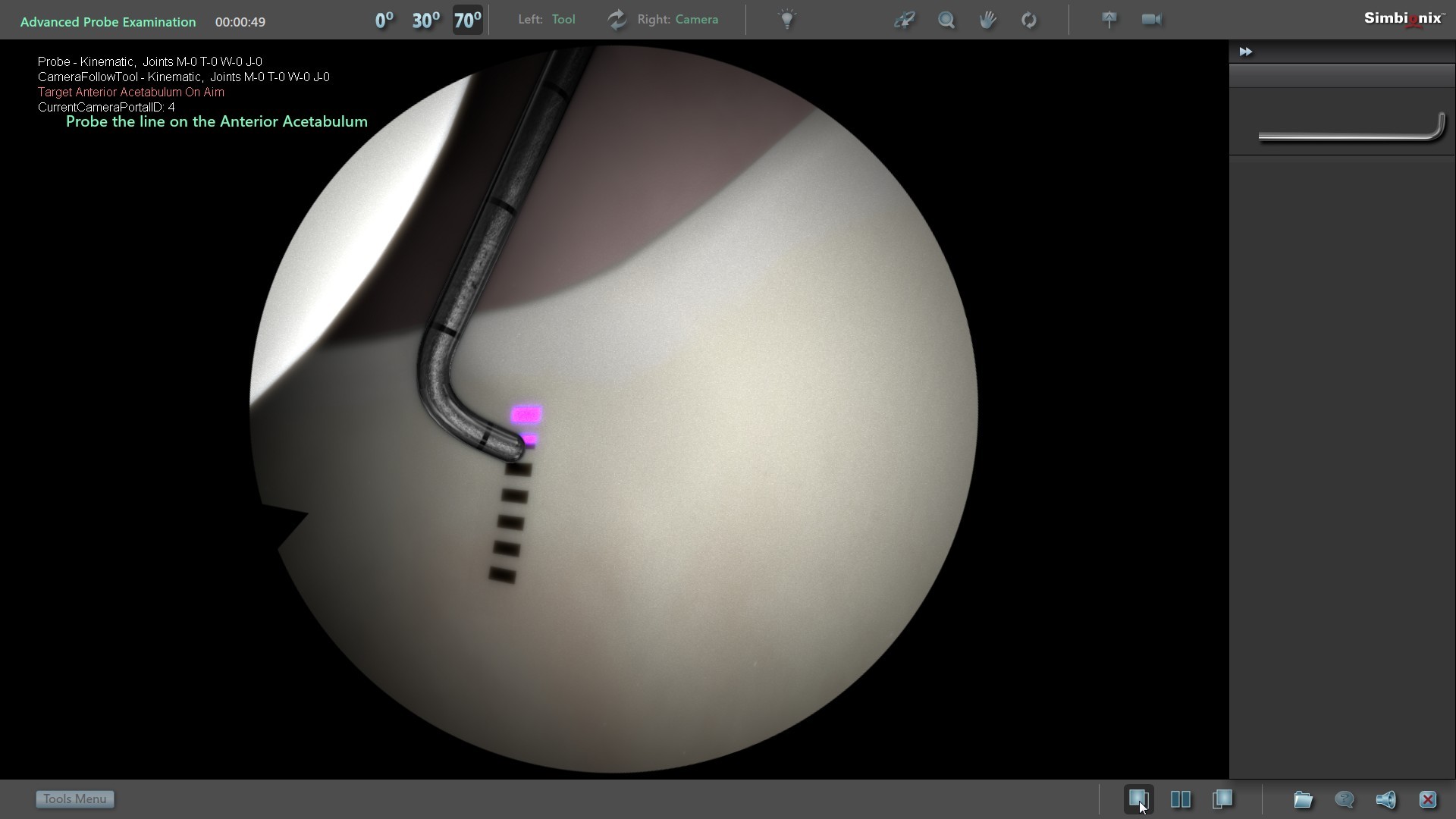 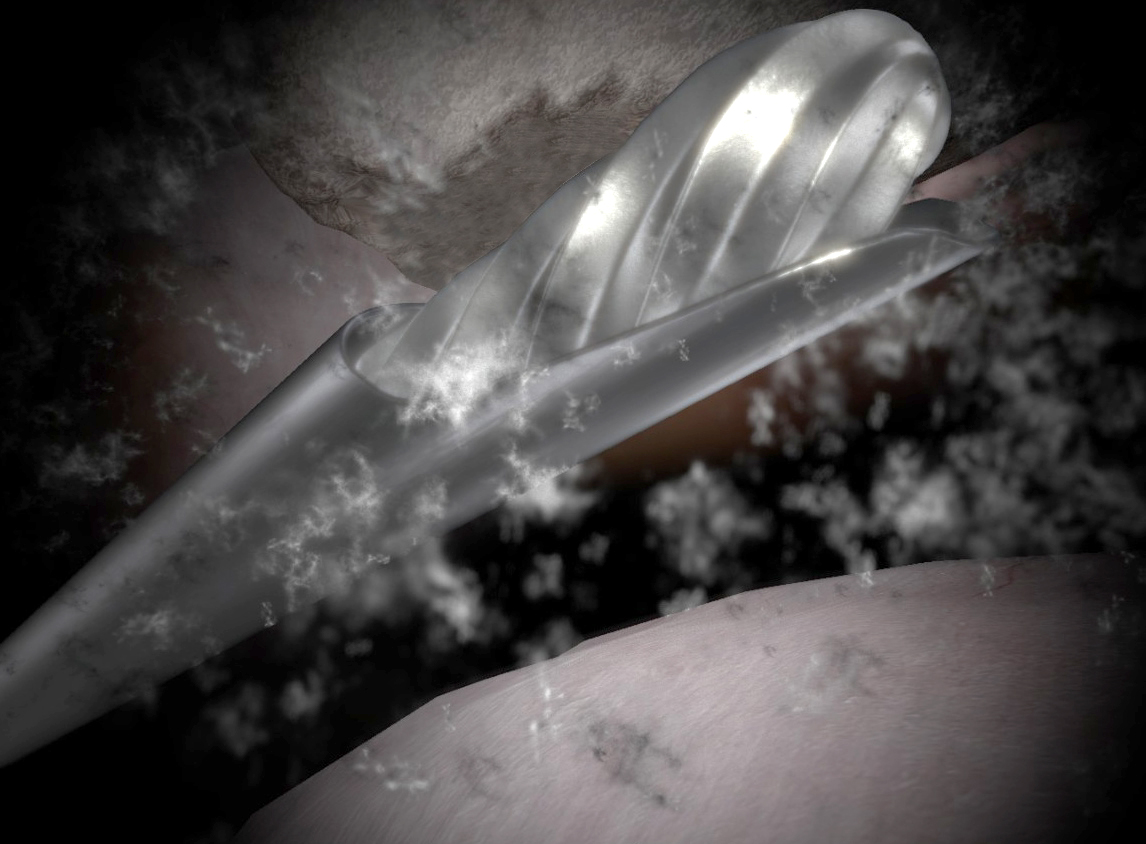 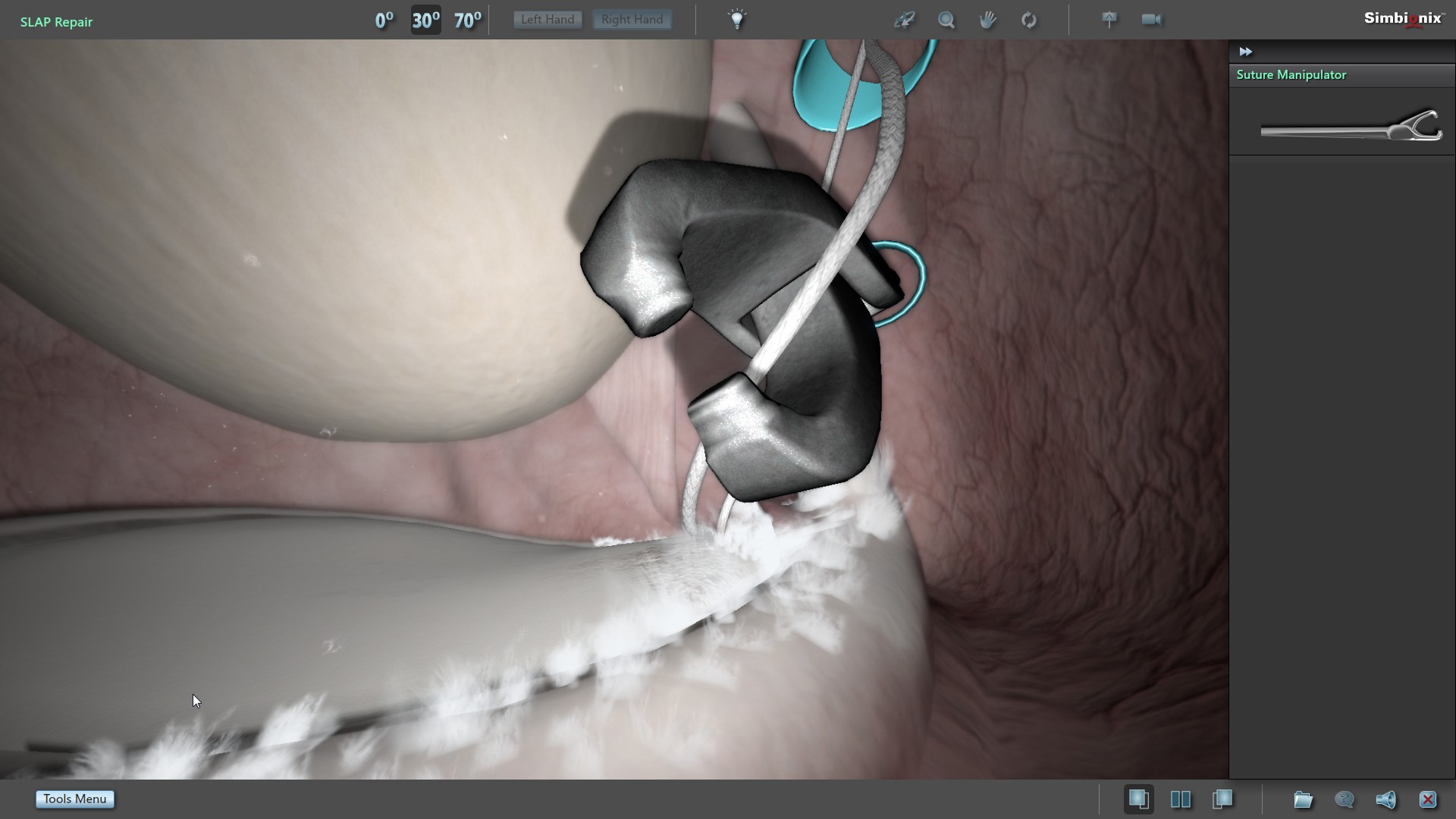 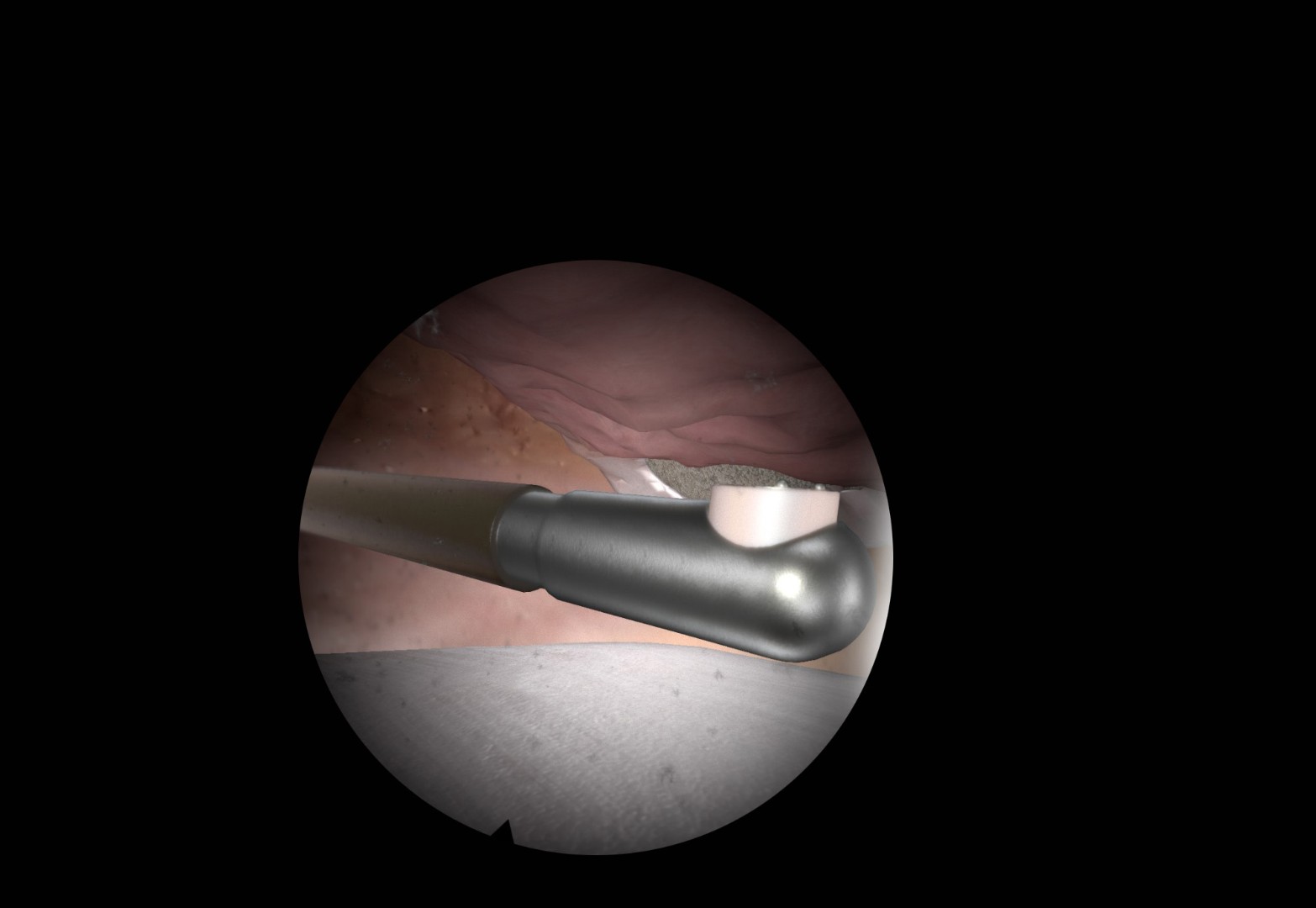 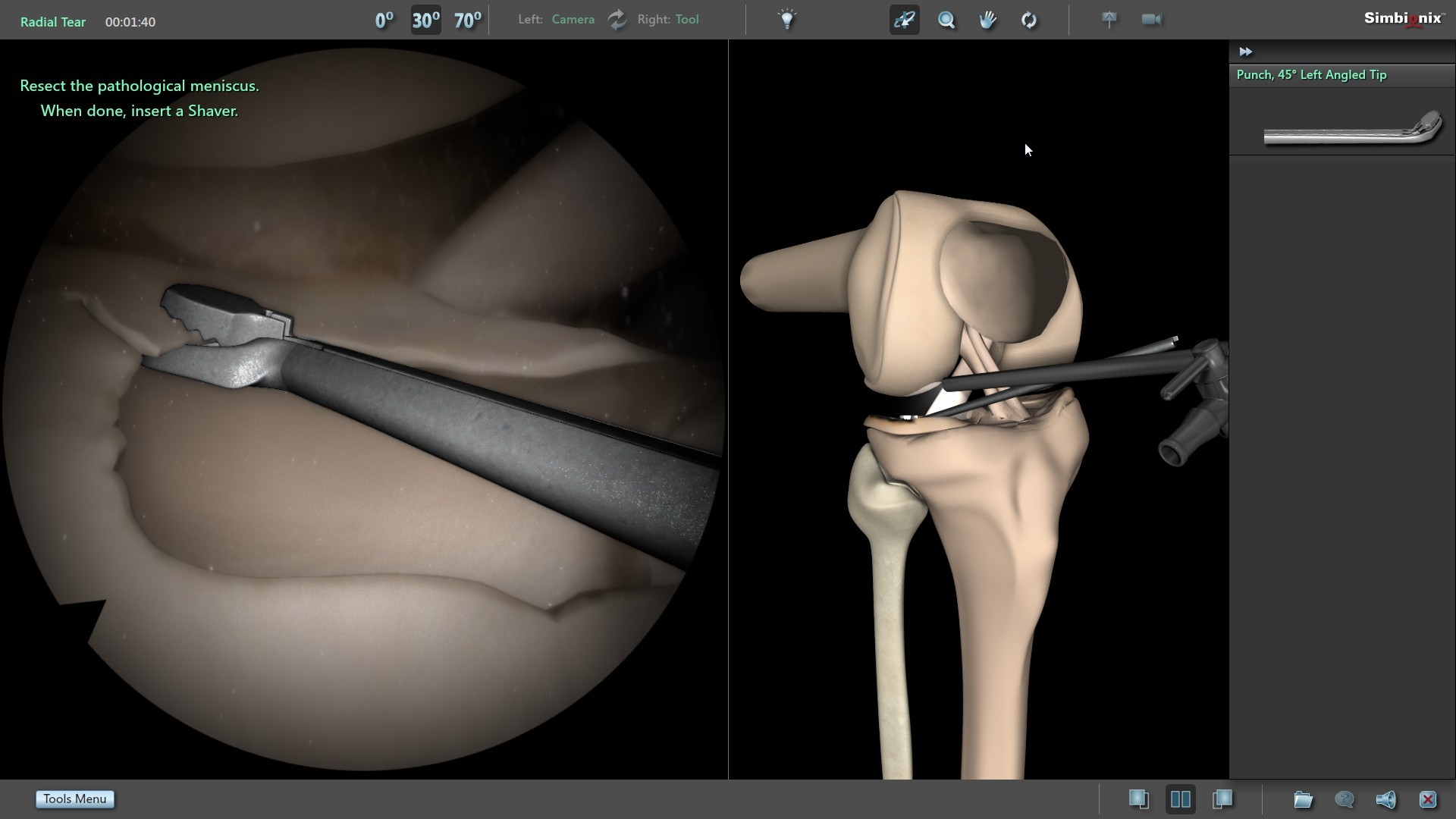 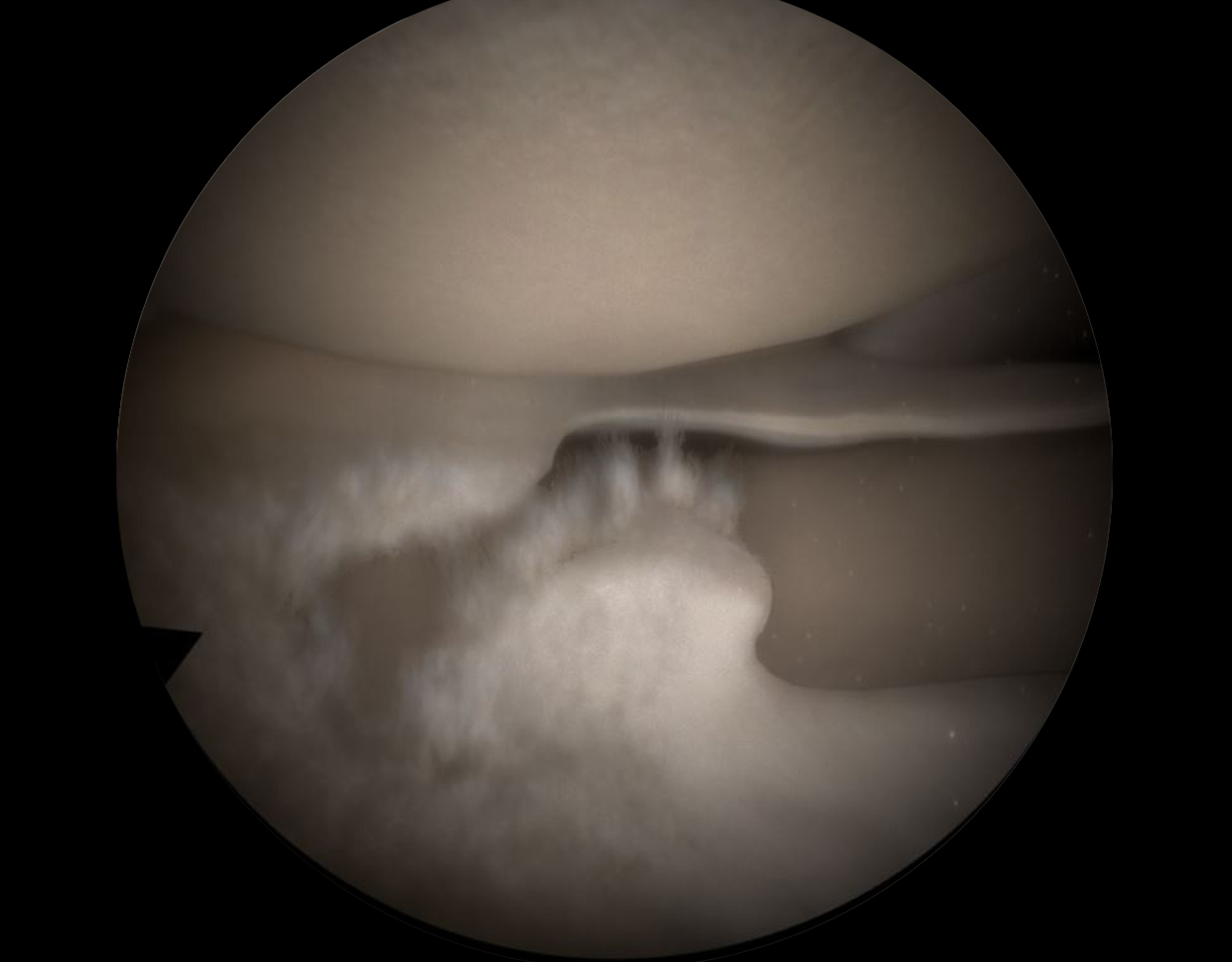 With an ever-increasing number of diagnostic and therapeutic indications, hip arthroscopy is one of the most rapidly expanding areas of modern surgery.1-4 The ball-and-socket nature of the joint, together with the thickness of the capsule and soft-tissue envelope, make it a technically demanding field with a steep learning curve.2 An estimated 30 training cases are required before a reduction in complications is observed.5 Such complications include labral or chondral injury from instrumentation, bleeding or nerve injury from portal insertion, and traction-related neurapraxia. 6 It is therefore vital that orthopaedic surgeons gain exposure to arthroscopic hip surgery early in their training and quickly develop the basic skill set necessary to progress towards competency.

Although the traditional model of the apprenticeship in surgical training still applies today, the evolution of more technically demanding surgical techniques combined with a reduction in the trainee’s caseload has led to steep learning curves in the modern era.7-11 Several studies have highlighted the length of time taken to become a safe and effective arthroscopic surgeon, demonstrating both increased operative time and a greater incidence of complication when an inexperienced clinician is performing arthroscopic hip surgery.12-14 Multiple studies have also suggested a role for virtual reality (VR) simulation in overcoming this steep learning curve by equipping the orthopaedic trainee with the basic skill set required to safely perform arthroscopic procedures.15-17 In the context of hip arthroscopy, improving skills with simulation before performing a procedure in the operating room has the potential to reduce those complications associated more closely with surgical technique, such as labral and chondral injury.

Validation of a VR hip arthroscopy simulator as an evaluation tool is required before it can be used to this end. The purpose of this study was to test the construct validity of the hip diagnostics module of a VR hip arthroscopy simulator by comparing novice and expert performance over 2 tasks of increasing difficulty. The hypothesis was that expert arthroscopic hip surgeons would achieve superior performance on the simulator compared with those with little experience, supporting the simulator’s construct validity.

Over the last decade, there has been increasing investigation into the use of virtual reality (VR) simulation in surgical education [1]. The technically demanding nature of hip arthroscopy, combined with reductions in trainee operating time, has led to steep learning curves in modern orthopaedic surgery [2, 6, 7, 14, 15, 18, 20]. Additionally, multiple studies have highlighted worse outcomes and increased operating time in arthroscopic operations performed by inexperienced surgeons, demonstrating higher incidences of chondral damage and perineal injuries in hip arthroscopies performed in the first 3 years of an arthroscopic surgeon’s training [9, 18, 21]. These increased complication rates and longer operating times mandate a strategy to overcome this initial learning curve.

Surgery is a form of art which has transformed over the last six centuries from an individual’s craftsmanship to a team-based approach to ensure patient safety.1 Surgical training has also seen a compelling change from being a primarily apprenticebased training to a competency-based model. Although the traditional model of apprenticebased
training is still valid in modern surgical training, there has been a gradual shift over the last two decades towards achieving specific competencies in an objective manner to deliver safe surgical care.2,3 There are several reasons for this change. A reduction in working hours in the UK and Europe, as dictated by the European Working
Time Directive (EWTD), has reduced the total training time between qualification and becoming a consultant (specialist) from 30 000 hours to 6000 hours.4 This five-fold reduction in hours has not only reduced the amount of surgical exposure gained by the resident during training, but has also resulted in significant variability in the orthopaedic caseload for the trainee.5-8 In parallel with this, the introduction of consultant-delivered care in an effort to improve patient outcomes may have an indirect effect on surgical training by reducing the number of cases a resident performs as primary surgeon.9 A final driving force for the shift in curriculum is the continued evolution of technically demanding surgery with steep learning curves, such as arthroscopy, which is now increasingly performed in orthopaedic
practice due to several technical advances.

Arthroscopy: The Journal of Arthroscopic and Related Surgery, March 2016

PURPOSE: To evaluate the correlation between timed task performance on an arthroscopy shoulder simulator and participation in a standardized expert shoulder arthroscopy educational course.

METHODS: Orthopaedic trainees were voluntarily recruited from over 25 residency programs throughout the United States and Canada. Each trainee was tested on arrival at the Arthroscopy Association of North America orthopaedic learning center on a virtual reality arthroscopy shoulder simulator, and his or her performance was objectively scored. Each trainee’s postgraduate year level was recorded, as was his or her experience in residency with shoulder arthroscopy as measured by Accreditation Council for Graduate Medical Education case-log totals. After the focused 4-day training curriculum consisting of didactics and cadaveric experience, each trainee was re-evaluated on the same simulator. Statistical analysis was performed to determine if participation in the course was associated with changes in simulation performance from before to after assessment.

RESULTS: Forty-eight trainees completed the testing. On completion of the course, trainees showed significant improvements in all objective measures recorded by the simulator. Total probe distance needed to complete the task decreased by 42% (from 420.4 mm to 245.3 mm, P < .001), arthroscope tip distance traveled decreased by 59% (from 194.1 mm to 80.2 mm, P < .001), and time to completion decreased by 38% (from 66.8 seconds to 41.6 seconds, P < .001). Highly significant improvements in all 3 measures suggest improved instrument handling, anatomic recognition, and arthroscopy-related visual-spatial ability.

Purpose: To compare the arthroscopic performance of junior orthopaedic surgery residents who received training with a knee and shoulder arthroscopy surgical simulator with those who received didactic training.
Study Design: Controlled laboratory study.

Methods: Fourteen junior orthopaedic surgery residents at a single institution were randomized to receive knee and shoulder arthroscopy training with a surgical simulator (n = 8) or didactic lectures with arthroscopy models (n = 6). After their respective training, performance in diagnostic knee and shoulder arthroscopy was assessed using a cadaveric model. Time to completion and assessment of arthroscopic handling using a subjective injury grading index (scale, 1-10) was then used to evaluate performance
in final cadaveric testing.

Clinical Relevance: Surgical skill development with an arthroscopy surgical simulator could translate to improved arthroscopy performance in the operating room.

Background: Diagnostic knee arthroscopy is a common procedure that orthopaedic residents are expected to learn early in their training. Arthroscopy requires a different skill set from traditional open surgery, and many orthopaedic residents feel less prepared for arthroscopic procedures. Virtual reality simulation training and testing provide an opportunity to ensure basic competency before proceeding to supervised procedures in patients.

Methods: Twenty-six physicians (thirteen novices and thirteen experienced arthroscopic surgeons) were voluntarily recruited to perform a test consisting of five arthroscopic procedures on a knee arthroscopy simulator. Performance was evaluated by obtaining predefined metrics from the simulator for each procedure, and z-scores, describing suboptimal performance, were calculated from the metrics. The intercase reliability of the simulator metrics was explored by calculating an intraclass correlation coefficient. Finally, a pass-or-fail standard was set with use of the contrasting groups method, and the consequences of the pass-or-fail standard were explored.

Results: One procedure was excluded from the final test because of a lack of validity. The total Z-scores for the four procedures included in the final test showed an intercase reliability of 0.87 (95% confidence interval, 0.78 to 0.93). The total mean z-score (and standard deviation) was 38.6 ± 27.3 points for the novices and 0.0 ± 9.1 points for the experienced surgeons (p < 0.0005). The pass-or-fail standard was set at a total z-score of 15.5 points, resulting in two of the novices passing the test and a single experienced surgeon failing the test.

Conclusions: By combining four procedures on a virtual reality arthroscopy simulator, it was possible to create a valid, reliable, and feasible test of basic arthroscopic competency and to establish a credible pass-or-fail standard.

Clinical Relevance: The simulation-based test and pass-or-fail standard could aid in assessing and ensuring basic competency of future orthopaedic residents before proceeding to supervised procedures in patients.

Transfer of Surgical Skills: the Importance of Arthrosimulation Training for Orthopaedic Surgery Residents

METHODS: Twenty-seven residents were voluntarily recruited from an orthopaedic residency program. Each subject was tested annually for three consecutive years on an arthroscopic shoulder simulator and objectively scored on time to completion of a standardized object localization task. Each subject’s total number of shoulder arthroscopies, all arthroscopies, and cases were calculated according to postgraduate year from their Accreditation Council for Graduate Medical Education (ACGME) case log. Generalized estimating equation multivariate regression analysis was performed to determine the correlation between simulation performance and total numbers of shoulder arthroscopies, all arthroscopies, and cases.